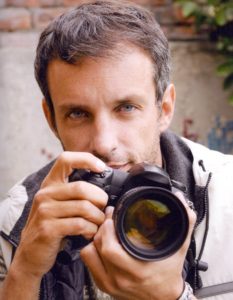 From its magnificent vineyards, wineries and world-class restaurants to its beautiful beaches and cultural scene, Cape Town is now universally hailed as a unique “World” city. Who wouldn’t want to be in Cape Town? We certainly want to be, and now we are!

Sikeleli Travel & Expeditions is delighted to announce that we have appointed our first Cape Town Sales Manager, German de la Melena, and we would love to tell you a little about him.

As his first name does not immediately suggest, German was born and brought up in Peru and is equally fluent in Spanish and English. Soon after finishing his economics degree he jetted off to further his already-burgeoning career in beautiful Barcelona. Living and travelling in Europe allowed German to add fluent Italian to his multi-lingual skills. After discovering the beauty of Africa, German began to travel between Cape Town and Barcelona, until finally succumbing and moving to live permanently in Cape Town in 2008.

With that amazing background and his obvious professional experience, you can imagine how pleased Sikeleli is to have German join our team. His continental savoir-faire, his multilingual abilities and his intimate knowledge of the Cape in general, (and the wonderful City of Cape Town in particular), will add new and welcome dimensions to Sikeleli’s existing expertise in the region.

German will work closely with our Director and Safari Specialist, Daniella Ponter, in providing guests of Sikeleli Africa Safaris with incomparable African adventures.

If you want to congratulate German you can get call him (in English, Spanish or Italian!) on the following number (+27) 767-687- 708 or you can email him at german@sikelelitravel.com

Welcome to the Sikeleli team, German!